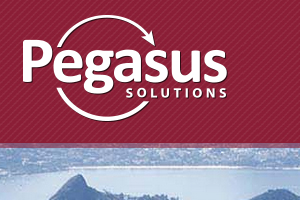 September saw a revival of hotel bookings by corporate travellers according to the latest data from global transactions processing firm Pegasus.

The year-on-year rise for the month of 4.4% came after a late summer stall in August when bookings fell 1.5% on the same month in 2012.

September’s booking values sustained the year-to-date pace of a 3% increase over 2012.

David Millili, chief executive officer of Pegasus Solutions, said: “Given the economic uncertainties many regions faced in September, like the looming government shutdown in the US, this data is even more convincing of the travel market’s resiliency.

“There will always be a compelling need for business to be done through in-person connections with prospects, clients and vendors. It’s a question not just of efficiency, but of effectiveness.”

July bookings grew 0.6% growth in September and rates continued to outperform the prior year, growing by an average of 4.7% over the summer, 2.1% in September.

Both the corporate and leisure channels are expected to see booking leveals and rates increase throughout the remainder of 2013.

Bookings as of September 2013 for arrivals from October 2013 to January 2014 show business travel peaking for the fourth quarter in December with 3.5% reservation growth over 2012.

Pegasus said the leisure market will potentially see reservation gains of 5.4% by end of year over 2012, with even more volume leading into 2014.