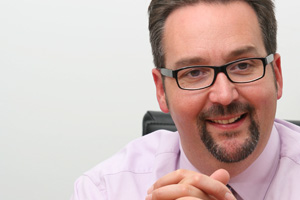 P&O Cruises and Cunard have scrapped Vantage and Getaway fares in place of a new fare structure.

The new structure comes into place from Monday and will apply to bookings from spring 2014 onwards. More than 300 agents have been briefed about the plans during a webinar with cruise line representatives.

Speaking to Travel Weekly, Chris Truscott, sales and distribution support director for P&O and Cunard, said the fares were being introduced as a direct response to agent feedback gathered through the Agent Matters initiative.

The new premium P&O Cruises Select Price and the Cunard Fare are being introduced in place of Vantage fares, fully flexible deals that were designed to encourage early bookings.

The cruise lines said the new fares also offered flexible booking conditions but some had a lower price point than Vantage.

Customers will be able to specify their cabin number and have priority choice of dining times and table size. The fare is also inclusive of shuttle buses and a choice of one of the following: onboard credit, car parking or coach transfers to Southampton. The two new fares will be available on all cruises all the time.

Truscott said the news had been welcomed by agents, but added that it was just one aspect of what the cruise lines were doing to assist the trade.

Agents recently said Cunard and P&O had a long way to go to build bridges with the trade, but Truscott said the lines were “coming back to the table with opportunities for agents”.

“Clearly we have cruises between now and spring and we will have Vantage and Getaway fares on them,” he said. “Past that we will dispense with them in place of the new structure.

“What we are trying to do is change the new culture of late bookings; this new structure encourages early bookings and it will drive demand in early bookings.  Our approach to getting more early bookings with these fares is by offering more variables and more value for agents to be able to use in their favour.

“The response from agents has been really positive. We have had a webinar with 300 agents and we have talked to a number of agents to inform them of what’s changing. It is very positive.

“We have listened – and we continue to listen – to feedback from the trade on what we can do to stimulate early bookings.”

The Vantage and Getaway fares have drawn criticism from the trade in the past after customers bought early booking fares only for a cheaper alternative to be released later in the year but still some months out from departure.

Asked whether he expected the new fares to be less confusing than their predecessors, Truscott said: “I think the new fares give the ability for customers to clearly understand the benefits and value that come with them. It allows them to make an informed decision on what to book.”

Gerard Tempest (pictured), Carnival UK chief commercial officer, said: “We listened to our travel agents as part of our Agent Matters programme and have developed a fare structure that will allow them more opportunities to convert customers at all booking lead times.