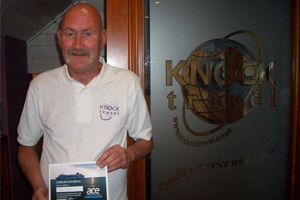 He was named travel agent of the year in 2011 by Clia UK & Ireland having become one of the first ‘cruise masters’ in the organisation’s accreditation scheme.

“On behalf of the cruise industry and the Clia UK & Ireland team, I would like to pay tribute to someone who was a true advocate of our industry and who was a pleasure to work with. He will be greatly missed.”