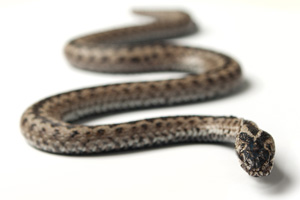 A snake was taken on board an easyJet flight from Israel to London, it emerged last night.

The airline said the reptile was harmless and passengers were not in any danger.

Authorities were called out to meet the aircraft when it landed at Luton on Wednesday evening.

A spokeswoman said: “EasyJet can confirm that a passenger brought a small, pet snake in a container on board a flight from Tel Aviv to Luton.

“As soon as crew became aware of this they dealt with the issue in a professional manner, immediately contacting the authorities to ensure they met the aircraft at Luton.

“The safety of passengers is always our highest priority. The harmless snake remained in its container at all times and passengers were not in any danger.

“We have raised the issue with the airport to understand why the reptile was not detected during security.”