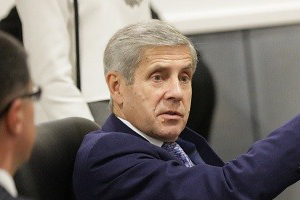 Rose told a WTM Captains of Industry lunch: “Stop being miserable.” And he suggested high-street travel agents would survive.

The former M&S boss said: “The only shops that have gone out of business are those that did not deserve to survive.

“The recession has done us all a favour.”

He added: “The recession is over. Now it’s time we moved on. This year has been better than people thought.”

When BBC broadcaster and moderator Stephen Sackur suggested high-street travel agents “have no future”, Rose said: “I’m not sure I agree.

“I don’t think shops will go out of business. People like to talk to people. It is about being multi-channel – customers expect you to be all things.”

But he added: “Nobody has exclusivity in their business any more. There are disrupters about – and that is great. It’s a free market economy.”

Rose argued: “The customer has a lot more leverage than they used to have. You need control over your product so you can differentiate, and you need a fantastic service ethic – because there is nothing people dislike more than bad service.”

Asked whether businesses, including the travel sector, take climate change and sustainability seriously enough, Rose said: “You have to be a Luddite to resist the evidence.