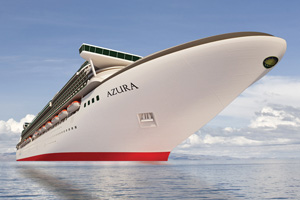 The cruise line said customers who were booked on the October 29 sailing were being notified of the change of date and offered the new sailing or a cancellation free of charge.