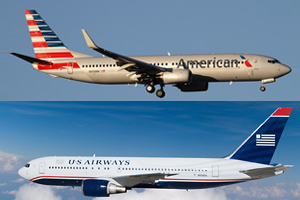 Virgin America has stepped in to try to block the merger between rivals American Airlines and US Airways to create the world’s largest airline.

The carrier called for permission to file a brief with the court that is hearing the US Justice Department’s bid to stop the merger, arguing for barriers to entry to be lowered in the industry.

Virgin said that the proposed deal between US Airways and American would solidify already considerable impediments to new entrants.

“Virgin America will explain how this loss of competition could be mitigated by the defendants’ agreeing to provide current and future LCCs (low-cost carriers) access to the networks behind the defendants’ hubs,” the company said.

Virgin said that it was prompted to enter the fight by remarks last week by Attorney General Eric Holder regarding a possible settlement in the case against the merger.

It argued that any settlement focused on Reagan National airport near Washington, New York’s LaGuardia and other busy airports would be inadequate to address competitive concerns.

San Francisco-based Virgin America has complained in the past about the difficulty of acquiring take-off and landing slots and gate access at airports such as Newark Liberty in New Jersey and New York’s JFK.

Southwest Airlines is expected to argue that American and US Airways should be forced to sell slots at Reagan National and LaGuardia.

JetBlue Airways has also made clear its desire to acquire more slots at Reagan National and called for the combined American-US Airways to shed slots there, the Chicago Tribune reported.