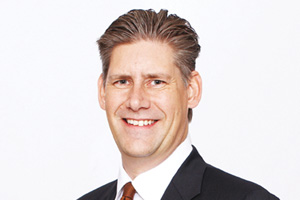 Tui Travel’s Johan Lundgren stood out among industry leaders at World Travel Market last week by calling for a tax on carbon emissions.

He demanded action from industry and government, insisting:

“Governments need to put sustainability back on the agenda.”

However, what the Tui Travel deputy chief executive most wants is “a common framework to record emissions”. He told Travel Weekly:

“If we’re going to see dramatic reductions in carbon emissions it’s important to let customers have a transparent view of how travel with this company versus that company impacts environmentally.

“That is why we call for a common framework.”

Lundgren believes it should be compulsory: “Then we could all display it and customer pressure would accelerate action at other companies.

“We don’t dispute the industry should take environmental responsibility. But there has to be a system where players who do a good job are incentivised and those that don’t are penalised.”

Lundgren said: “We approve of ETS, but the ICAO suggestion is a good one. The concern is we’re going to wait until 2016 for a proposal for implementation in 2020. That is a long time.”

He added: “We are upset about APD. We would like it replaced. But it’s not about the amount of tax. It’s the fact that some airlines are 40% less efficient.”

Tui Travel has already hit a target it set in 2008 of a 6% emissions reduction across its fleet by 2014.

He wouldn’t be drawn on longer-term targets, although Tui Travel will be disappointed if fleet emissions are not cut by 20% by 2020, when airline body Iata aims merely to have stabilised emissions across members’ fleets.

Lundgren is sceptical about the kind of target set by Iata – a 50% overall reduction in emissions by 2050. He said:

“Unless you set targets close to today, what do you do now or next year?

“When we said in 2008 ‘we want a 6% reduction in airline emissions’ we didn’t know what that meant. It forced us to think. We needed to do something different – add winglets [to aircraft], use different paint, use a different wax seal so it would attract less dirt and not cause so much drag in flight. The target was a catalyst. Then you have to measure, measure, measure.”

The group has made similar progress in reducing energy use at hotels and plans no let up. Lundgren said: “Our business model is about delivering a unique holiday experience. To do that, we need control of hotels.

“We make a commitment for up to five years, but we’ve been working with some people for 27 years. Do you think they are miserable?

“This is not short term or about making a quick buck. The investment does not pay back over one year.

“The frustration is that we’re not on a level playing field when there is no common framework on reporting.”