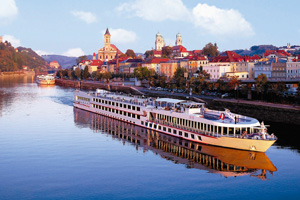 The director of Clia UK and Ireland has encouraged travel agents to become experts in river cruising in order benefit from the increased demand in the sector.

Speaking at the River Cruise Convention in Cologne, Andy Harmer said agents should be targeting the ‘baby boomer’ generation who have more disposable income and are keen to immerse themselves in a destination.

Harmer said that while it was important for agents to get to know the popular destinations, it was also essential to learn about those more off the beaten track.

Harmer said the prospects for the future of river cruising looked fantastic. He attributed that partly to the investment being made by river cruise operators with new itineraries, shore excursions and ships which are “innovative and stylish”.

“The destination is really, really vital, but so is the onboard experience,” he said.

He said baby boomers (those born between 1946 and 1964) were a key market for agents selling river cruises.

He described the generation as being the “wealthiest, most active and most physically fit generation of consumers, ever.”

He said 80% of the cruise holidays sold in the UK were bought by baby boomers.

“They see travel as a necessity and not a luxury,” he said “They will also continue to travel because travel is there number one priority.

“They are better travelled than any previous generation. They seek off-the-beaten-track destinations.”

He said it was important to offer new and unique experiences so that even if a consumer had already visited a destination, they were still able to do something new there.

He encouraged agents to embark on training and revealed Clia would launch two new specialist river cruise modules in January, as well as a brand new UK river cruise event.