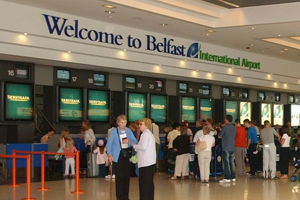 Emergency services were called as a precautionary measure when an easyJet aircraft landed at Belfast international airport last night.

An airline spokesman said the aircraft had “experienced a technical issue”.

No-one was hurt when the flight from Stansted touched down shortly after 9pm.

The airline spokesman said the aircraft landed safely and was met by emergency services as a routine and precautionary measure only.

“Once at its stand, all passengers disembarked normally,” he told the BBC.

“The safety of its passengers and crew is easyJet’s highest priority and easyJet operates its fleet of aircraft in strict compliance with all manufacturers guidelines.”