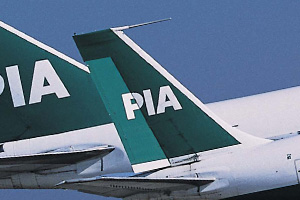 Pakistan International Airlines has been ordered to compensate two UK travel agents after it stopped paying them commission for selling its tickets.

The High Court in London ruled that the airline should pay them about £400,000 in compensation for tickets sold since 2010.

The airline was taken to court by agent Riaz Hussain Syed.

He said PIA told him he should charge the passengers the extra money instead of getting it from the airline.

He said: “If the price printed on the ticket is £500 and I ask the passenger for £35 more, do you think he will pay me? PIA wanted us to charge them the money.”

Syed and fellow agent Anwar Malik, both of Walthamstow in East London, were awarded compensation by the court, the BBC reported.

PIA spokesperson Mashood Tajwar said: “We lost this case for fuel surcharges, but we settled out of court with some of them.”

Syed has disputed this. He is also chairman of the Association of Pakistan Travel Agents (APTA), which represents about 39 retailers across the UK.

Syed claimed more than £20 million was owed to his members and that they would go back to the Royal Courts of Justice to get it.

He told the BBC: “We had no choice. We wanted to settle out of court, but they told us to get a judgment order if we wanted to be paid what we thought we should be paid.”

Eleven APTA members are reported to have settled out of court with the airline, including Kaleem Majid of Royal Travel in Manchester.

He said: “We took a long-term view. PIA are good partners and there’s a large Pakistani community here, so we sell a lot of tickets for them. We didn’t want to get involved in legal wrangling over a long period of time.”