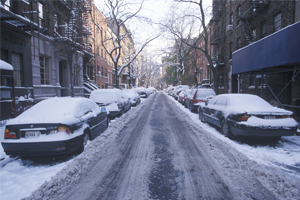 Travel for millions in the US over the approaching Thanksgiving holiday faces disruption due to a severe winter storm crossing the country.

The icy storm started in the western states and has caused at least 10 fatal road crashes.

Deaths from weather-related accidents were reported in Oklahoma, Texas, New Mexico and California.

Hundreds of flights in Texas were cancelled amid freezing rain, which is expected to move east this week.

More than 43 million Americans are expected to travel at least 50 miles for the holiday, while three million are due to fly, according to the American Automobile Association.

Colder-than-usual temperatures are expected in the northeast, and could bring snow to the New England states, Pennsylvania and New York tomorrow (Wednesday).

“If the storm hugs the coast and develops to its full potential, it could be a flight nightmare, not only for travellers in the east, but also throughout the nation,” AccuWeather.com’s chief operating officer Evan Myers told NBC News.

Forecasters predict that strong winds and icy conditions across parts of the US today and tomorrow – two of the busiest travel days of the year – could make Thanksgiving commutes dangerous.