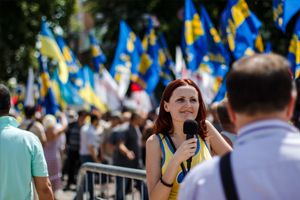 British travellers to Ukraine are being urged to avoid demonstrations which may turn violent.

Clashes have broken out across the country in protest against president Viktor Yanukovych’s refusal to sign a deal on closer EU ties.

The Foreign and Commonwealth Office, in an updated travel advisory, said: “Protests and demonstrations are occurring in Kiev and many other cities. Some of these have resulted in scuffles between demonstrators and the police, including clashes at the event on Independence Square in Kiev in the early hours of November 30.

“Pay close attention to your personal security and monitor the media for information about possible safety or security risks. You should avoid demonstrations and public gatherings, as even peaceful protests may turn violent.”