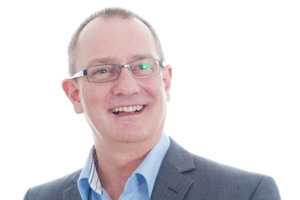 Agents who rely on commission for their income are more likely to actively sell P&O Cruises and Cunard following the news the lines are to increase payments to 7.5%, agency bosses have said.

The sister Carnival UK lines upped commission from a base rate of 5% which was controversially brought in three years ago, the lines’ bosses said, to stamp out agent discounting.

At last night’s Clia annual dinner many agents applauded the decision to increase potential earnings, including Simone Clark, managing director of Iglu.com, who said: “It can only be good news.”

Phil Nuttall (pictured), managing director of The Cruise Village, said the increase would help homeworkers who rely on the commission they earn as a wage.

“The fact that commission was so low meant that it was hard to get some to field the calls for those cruise lines because it wasn’t it their interest to sell and promote it.

“The problem for me was that it was a struggle to get my guys to want to take those queries. For me, it is great news because we can start a dialogue again.

“It’s a step in the right direction and at the end of the day it is 2.5% more than it was before. It’s a lot more attractive for agents and we will be encouraging ours.”

Geoff Ridgeon, head of cruise for Fred Olsen Travel, said: “This is a great step in the right direction.

“These are brands with a great demand and obviously for me this is a chance which could increase my earning potential, particularly within my franchise. It will really make the world of difference for the Go Cruise team. It makes the proposition a lot more attractive.

“You just have to have faith that there won’t be people in the industry who return to selling at a discount. I think that is a risk but you just have to hope that people won’t let it go back to how it was before, and that agents keep the commission.”