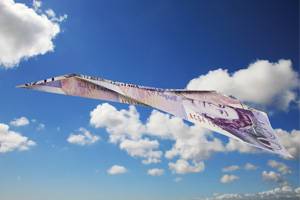 The industry has reacted with dismay that increases in Air Passenger Duty scheduled for April 2014 will continue to go ahead after no mention of the tax was made in the Chancellor’s Autumn Statement.

The A Fair Tax of Flying campaign group voiced disappointment that there was no sign of reform of APD in George Osborne’s comments despite ongoing lobbying efforts.

Abta chief executive Mark Tanzer said: “It’s disappointing that the Chancellor has once again chosen not to conduct a proper review of APD.

“It’s clear that there is strong support for a review both from within government and from the public, as well as evidence from Europe that the tax is damaging. Earlier this year the Irish government abolished its version of APD, joining many other European countries in doing so, as they realised the tax was doing more harm than good to the economy.”

Dale Keller, chief executive of the Board of Airline Representatives in the UK (Bar UK), said: “Once again the Chancellor has missed an opportunity to stimulate the UK economy by not taking a bold decision on APD. Many emerging markets will be hard-hit by tax bands C and D reaching devastating levels of £85 and £97 respectively for economy class travel.

“It is vital for the entire UK economy that we maintain the world’s most competitive aviation sector, not the world’s highest aviation tax.”

Air Operators Association chief executive Darren Caplan added: “Whilst the Chancellor had positive things to say about the need for improved surface access to UK airports, which the AOA fully supports, we are extremely disappointed that he has again resisted calls to take action on APD.

“There is no getting away from the fact that the UK is becoming more and more isolated on this issue.

“Whilst countries across Europe – from Ireland to the Netherlands – are recognising that punitive aviation taxes are a drag on economic growth and are busy either abolishing or freezing their respective duties, the government continues to increase APD year on year, in the face of mounting evidence that current rates are damaging UK plc.

“We respectfully call upon the Treasury to look again at this tax ahead of the 2014 Budget, before the UK becomes even more of a global outlier.”