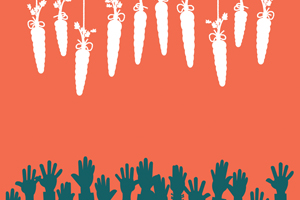 Booking incentives have long been a staple of the travel trade but agents must be wary of breaking the law and paying tax. Juliet Dennis reports

Tour operator incentives given to travel agents to increase sales are unlikely to be seen as bribery unless they are offered to individuals on the sly, according to recent advice issued by Abta.

Abta updated its guidance note on bribery following fears agents are prioritising which supplier they book based on incentives.

Abta’s advice defines a bribe as an offer of payment or reward made with the intention of getting somebody to perform a function improperly.

Although the advice says trade incentives are likely to be seen as “normal commercial activity” that would not breach the act, Abta warns of difficulties in certain circumstances.

Operators could breach the Bribery Act if they approach agencies that have a policy of not accepting incentives and knowingly offer staff cash or vouchers, without the company’s knowledge, to influence a sale.

Abta’s updated guidance adds: “Likewise, a staff member accepting such an inducement in contravention of their company policy might be deemed to be accepting a bribe.”

Abta said members needed a clear policy on giving or accepting vouchers or incentives and to be aware these may have tax and national insurance implications.

Gemma Antrobus, managing director of Haslemere Travel, Surrey, said the agency’s policy against accepting vouchers was in its staff manual.

“If an operator automatically sends some we post them back,” said Antrobus.

But she is convinced some agencies do accept vouchers against company policy, adding: “I’d put money on it.”

Independent agency Traveltime accepts cash incentives only from preferred suppliers. The money is given to staff in pay packets once the agency has paid tax and national insurance. Staff must sign a document to confirm they have not received incentives directly themselves. Managing director Barry Moxley added: “We do everything in our power to show Inland Revenue the tax has been paid. Most agents are aware the risks outweigh the rewards.”

Moxley called for a cap on how much operators pay in incentives, which in some cases can reach £500. He argued this made cases of bribery more likely.

“Incentives should be used only as a thank you for a booking and as a rapport-maker,” he said.

“An independent agent should not be swayed by vouchers.”

To avoid agents having to pay and declare tax on incentives, some operators foot the bill.

The operator loads booking incentive funds on to a Visa debit card which agents can use in stores of their choice. Almost 800 agents have signed up.

He fears agents in general may not be aware of their obligations to declare incentives to the Inland Revenue in tax self-assessment.

Andy Freeth, managing director of Travel 2, said its terms and conditions make it clear the recipient – the agent – of any cash incentive is liable for tax.

The operator has a separate agreement with HMRC called a Taxed Award Scheme which states Travel 2 will pay national insurance on vouchers issued to third parties.

Despite these steps, concerns remain. Rhodes added: “It’s such a murky area and no one has opened it up because no one wants the taxman to delve too deeply.”