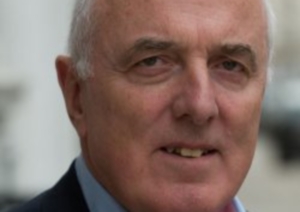 Tributes have been paid to long-serving former P&O Cruises managing director Gwyn Hughes who died yesterday at the age of 65.

He was at the helm of the line for almost 20 years from 1983 and is widely regarded as the architect of selling cruise holidays from the UK through mainstream travel agencies.

Among his achievements, Hughes struck the first contract with Thomas Cook to sell cruises in the early 1980s and recruited Carol Marlow, one of the first women to hold senior managerial roles in the UK cruise industry.

He said: “We enjoyed a very successful business and personal relationship that endured.

“He made a major contribution to the industry and helped shape the development of cruise in the UK, and had a very successful career.

“I was delighted that he received the ITT Odyssey award in 2011, it was so deserved. A wonderful man, a gentleman and someone that made a very significant contribution to the industry.”

David Dingle, chief executive of P&O Cruises parent company Carnival UK, said: “I had the honour of working for Gwyn for 14 years. He was a wonderful mentor and guide, and a truly great man. I, like so many others, owe him much, and he will be missed by so very many. ”

Hughes went on to become CEO of easyCruise for a year from 2005.

He also held a number of positions in the travel sector including non-executive directorships at Bales Worldwide and Vertical Group.

He left two children, Laura and Rhodri, from a previous marriage. A memorial service is expected to be held in London in the new year.