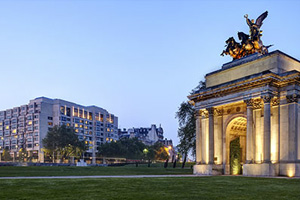 The proposals are designed to address competition concerns covering the online offering of room-only hotel bookings by online travel agents.

The OFT said it “is minded” to accept the commitments and is inviting interested third parties to comment.

As a result of the consultation and further developments, the OFT said it considers the original commitments address its competition concerns, subject to the following amendments which the parties have offered:

“The OFT considers that these revised commitments should inject a meaningful degree of price competition into the online offering of hotel bookings.

“We would now like to hear the views of interested third parties, in particular on the amendments being proposed.”

The OFT issued a statement of objections last summer alleging that Booking.com and Expedia each entered into separate agreements with IHG, which restricted each OTA’s ability to discount the rates at which room-only hotel accommodation bookings are offered to consumers.

The OFT announced in August that it was consulting on draft commitments proposed by the three businesses as a means of addressing the its competition concerns. It invited comments from third parties such as other businesses and consumers.