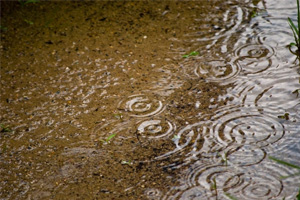 Rail companies warned of reduced services across the country while drivers face heavy rain and severe gales, with snow possible in parts of Scotland and Northern Ireland.

Persistent rain was spreading across in Wales and southwest England early this morning, raising a risk of flooding.

Met Office amber warnings run from 7am today until 9am tomorrow, meaning people in the areas affected should “be prepared” for disruption.

While there are currently no planned flight delays, Heathrow and Stansted advised passengers to check with their airline before travelling to the airports on Monday.

Gatwick said that although some adverse weather was expected the airport did not expect it to cause any problems.

The Winter Wonderland in London’s Hyde Park will be closed for the day.

South West Trains said strong winds of up to 60mh were forecast across the network from London Waterloo until 6am on Christmas Eve.

Announcing an amended timetable, the company said: “There is a very high possibility of severe disruption commencing at around 1pm today.

“High winds can blow debris and trees from the trackside and from neighbouring land onto the track. On Tuesday first train services may be run as ‘route proving’ trains to operate through the affected section of track to check no obstructions are on the track.

“If you were planning to travel on Monday afternoon but can travel earlier, please do so.

“Customers are advised to only travel this afternoon (Monday 23) if absolutely necessary and to check before travelling.”

East Coast warned of speed restrictions on the route to and from London Kings Cross, with some cancellations.

Virgin Trains said delays and disruption were expected to services from mid-afternoon due to forecast strong winds.

British Airways said: “Strong winds across the UK may cause delays and cancellations today.”

P&O Ferries said: “Weather conditions are expected to deteriorate further later today, which may lead to a potential closure by the port of Dover authority.”

The Abta office is now closed until 9am tomorrow due to the adverse weather conditions.