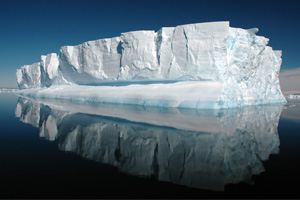 A rescue operation has begun in Antarctica to airlift passengers from the ice-bound research vessel Akademik Shokalskiy.

A Chinese helicopter arrived close to the vessel, bringing in a crew to assess the landing situation.

The aircraft is expected to return to start ferrying the first passengers out to another vessel, according to the BBC.

The Shokalskiy has been trapped since Christmas Eve. Its 22 crew are expected to remain on board once the 52 scientists and tourists have left.

“The Chinese helicopter has arrived at the Shokalskiy. It’s 100% we’re off. A huge thanks to all,” expedition leader Chris Turney tweeted.

His tweet showed a video of a red helicopter touching down on a site that had been marked out by the Akademik’s crew.

Members of the crew checked the site and the helicopter took off again.

Rescue co-ordinators based in Australia had earlier said it was unlikely the airlift would go ahead today as hoped because of the sea-ice conditions.

The rescue involves ferrying groups of passengers by helicopter to the Chinese icebreaker Xue Long, from where they will be taken by sea to Australian icebreaker Aurora Australis.