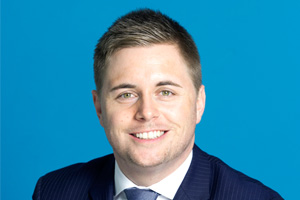 Korff is joined by David Sanders as head of media and public relations whose career includes the Civil Aviation Authority, Docklands Light Railway and most recently Peverel Retirement.

They will both report to UK director Paul Ludlow (pictured) and join the line on January 13 and 20 respectively.

Ludlow said: “We’re excited to announce that David and Suzanne will be joining us during what is an exciting period of growth in the UK, and we look forward to welcoming them to the team.”