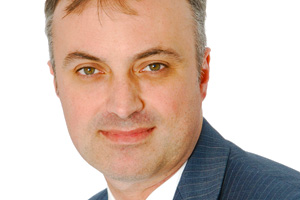 The cruise industry can expect to gain from a reviving economy, renewed focus on agents and growth in Asia. Lee Hayhurst reports

An improving economy may be just what the cruise industry needs to rediscover the rate of growth it had come to expect but that has largely eluded it in recent years.

The focus continues to be on growing the market while convincing past cruisers to book earlier and pay more.

Generous export credits offered by European governments with large shipbuilding industries mean new ships will continue to be built regardless of demand.

So lines will hope that emerging markets such as China and India start to fulfil their potential while penetration grows in more mature markets.

Looking at prospects for the cruise sector as a whole and for Carnival in 2014, he said: “The potential for this ship-based, quality-controlled, safe, all-inclusive package holiday is absolutely enormous, and although Chinese travellers may be bingeing on their global city breaks at the moment, that will change as the big cruise giants start introducing their local Asian fleet.

For the likes of Carnival, this could be a game-changer.”

He has suggested Carnival should be able to overcome the significant issues it experienced in 2012 and 2013 if it continues to invest in its product and new distribution technology.

“Every shiny new ship, with record fuel efficiency and passenger capacity, forces its competitors to borrow more, just as the cost of capital starts to increase – pushing them into more debt.

“All Carnival has to do now is cross its fingers and hope its surge in efficient new capacity can be paid for by increasing cashflow – hopefully 2014 will bring the expected surge in demand from the US, Europe and Asian markets.

“I’m inclined to agree with the most recent view from analysts at Goldman Sachs who, while recognising that Carnival faced structural challenges based on increased capacity, still believed it would benefit from a new management strategy and an upturn in Asia and Europe.”

Stevenson said Carnival should “use its strong balance sheet to power a sustained increase in capital spending” as the cost of borrowing money increases as the recovery takes hold.

And he added: “Perhaps the biggest opportunity here is to spend big on new digital channels that allow Carnival to reach hundreds of millions of customers using simple social campaigns.”

In the UK, the world’s second-largest cruise market, the focus of the major cruise lines, at least in the short term, appears to be coming back to the agent.

With P&O Cruises preparing for Britannia, its largest ship to date, and Royal Caribbean basing new vessel Anthem of the Seas in Southampton from 2015, there will soon be even more ex-UK capacity to sell.

Agents have seen commission levels increased, partly via ‘bonus payments’, and although they may not be back to previous levels, many in the trade now feel they can access a rate that is commercially viable.

And while Carnival UK’s new generation of bosses has carefully avoided admitting its new approach amounts to a total U-turn, many agents can see it for what it is and feel vindicated.

The past two years have been a challenging period for the cruise sector.  It will be hoping that new faces and settled strategies will allow it to chart calmer waters in 2014.