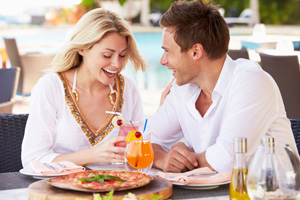 Consumer confidence suffered an unexpected dip in the final quarter of 2013 and the task of selling holidays will continue to be challenging, the latest economic update shows.

The net balance of sentiment fell slightly deeper into negative territory to -11% in the three months against -8% in the same period in 2012, highlighting the uneven nature of the recovery, according to today’s Deloitte Consumer Tracker, a quarterly survey of 3,000 adults in the UK.

However, net spending on holidays stabilised, improving by a point year on year from -9% in the final quarter of 2012 to -8%.

Similarly, net spending on short breaks and eating out rose two points from -11% to -9%.

Consumer confidence is expected to resume its climb in 2014 as lower inflation and an improving labour market combine to help lift real incomes and provide the conditions for sustained growth in the consumer market.

People plan to spend more on holidays in the first three months of this year with net spending expected to rise to -4% from -8% in the fist quarter of 2013.
Consumers also anticipate their net spending on short breaks and eating out to rise from -22% from -19%.

Deloitte head of travel, hospitality and leisure Graham Pickett said: “We think the dip in consumer confidence is a setback rather than a longer-term, underlying decline.

“Consumer sentiment is higher than it was a year ago and an accelerating economy and lower inflation should bolster consumer incomes in 2014.”

He added: “Consumers are being selective, trading down in some categories, in order to be able to trade up in others, such as their holidays and eating out.

“Despite the emergence of signs of a recovery in the consumer economy, the job of selling to them will continue to be challenging as the ‘considered’ buying behaviours developed during the recession are here to stay.”