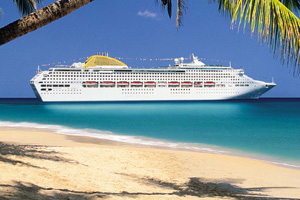 This year four dedicated cruises will host two pairs of the BBC programme’s professional dancers, as well as judge Craig Revel Horwood and one of the show’s past contestants.

The stars will also give interviews on board and take part in photo opportunities and signing sessions. A selection of costumes from the show will also be on display around the ship, with organised fashion events to showcase them.

A 12-night Western Mediterranean cruise on Azure from August 2 will include Pasha Kovalev, Katya Virshilas, Ian Waite and Camilla Dallerup and Revel Horwood.