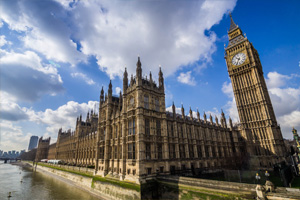 MPs are to debate the controversial issue of school holiday travel pricing later this month.

An e-petition signed by more than 160,000 people and a Facebook rant by disgruntled Devon father Paul Cookson prompted the Commons Backbench Committee to bring the Westminster Hall debate for February 24.

The post went viral and the reaction helped push up the number of signatories to an existing campaign on the government’s e-petitions website to almost 161,000.

Campaigns that reach 100,000 signatures can be considered for parliamentary time, as long as an MP suggests them.

Essex mother-of-two Donna Thresher set up the petition almost a year ago after being “outraged” at the £600 difference in the cost of taking her family away for a weekend during the school holidays.

Lib Dem MP John Hemming, who proposed the debate, said it was a “big issue”.

New rules which came into force in England in September mean head teachers can grant absence outside school holidays only in “exceptional circumstances”.

Hemming, MP for Birmingham Yardley, said the move had not been debated enough in Parliament, adding: “It’s a big issue for parents and my concern is that they haven’t been heard.”

He told the BBC: “The problem is half-terms all tend to be the same, leading to a very big demand for holidays all at the same time. And reducing the flexibility of people to take their children out of school adds to that.”

Asked whether the law needed to change, he said: “I don’t have hard and fast views. But people have come to me with stories, including a case where a child wasn’t able to go to an aunt’s funeral.”

A Shropshire couple who took their children on a week-long holiday during term time were ordered to pay £1,000 in costs and fines by magistrates last month.

The Department for Education, defending the new rules, said children who missed school lost out on “valuable learning time”.