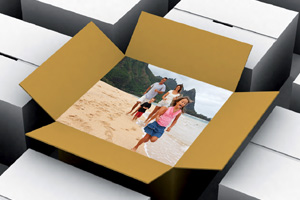 Euro MPs and the European Commission are today being urged to abandon the Package Travel Directive and consider what possible alternative “sector-specific” regulation is necessary.

The call comes from the European Tour Operators Association ahead of an initial vote tomorrow (Tuesday) on changes to PTD.

Etoa claims the reform of EU package holiday law is “fatally flawed” and that neither the current not the revised directive are fit for purpose.

Etoa head of policy and strategy Tim Fairhurst said: “What started out in the 1980s as a well-intentioned attempt to protect consumers from the consequences of airline or operator insolvency, and ensure that package tours were marketed and delivered responsibly, has turned into a self-defeating legal tangle whose provisions are impractical, unenforceable and certain to generate much litigation.”

The association believes that the essential requirement is a EU-wide scheme that offers consumers a choice of financial protection in respect of pre-payment and cost of repatriation, and simplifies methods of redress.

The current proposal will not provide an EU-wide scheme, instead perpetuating national and regional “market silos”, Etoa says.

Meanwhile, businesses based outside the EU will benefit from a marked competitive advantage, according to the tour operators’ association.

“The proposed directive remains an ill-informed anachronism dressed up as an enlightened attempt at consumer protection. It is no such thing,” Fairhurst added.

Consumers show every sign of being far more sophisticated than European legislators presume, with most growth in the areas of the travel industry outside the remit of the package travel directive, Etoa argues.

“The package travel proposal will, if passed, achieve precisely the opposite. This is an absurd and damaging state of affairs,” he added.