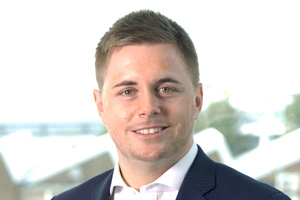 Agents booking with Princess Cruises can earn commission on the flight element of a sale for the first time.

The cruise line held a series of events in cinemas around the UK this evening to make a number of announcements about its plans for 2015.

Princess is offering 10% commission on flights booked on its Flight Select system for 2015 bookings and onwards from March 11.

Since Princess moved to 10% commission last March, agents have earned commission only on the cruise and nothing on flights.

The decision to change the commission structure came in response to agent feedback gathered through the line’s Frontline First scheme, introduced last year.

Alex White, head of sales, said: “We have been listening to agents, and commission on flights was one of the things they were bringing up.

“Flight Select is unique in that it allows a lot of flexibility when searching for flights, and agents like that. This is a way of rewarding our agents using that tool and to incentivise them to keep doing so.”

The cruise line has put a lot of capacity into Asia and the Caribbean, and White said agents would be able to earn good money from the flight element of bookings.

“This shows our commitment to the trade. We introduced a trade team last year and we said then we were in it for the long haul.”

Paul Ludlow (pictured), managing director, said: “This is going to cost us money and we wouldn’t do it unless it was something the trade really wanted us to do.”

The line also revealed that Royal Princess, which was named by the Duchess of Cambridge last year, will return to the UK for spring and summer 2015. The ship will sail out of Southampton on a series of British Isles roundtrips.