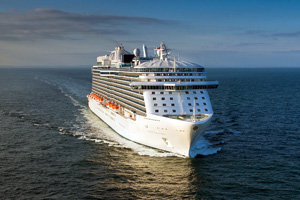 Hundreds of agents will get the opportunity to explore Royal Princess when the ship returns to UK waters next year.

During its inaugural sailing and naming celebrations last June, which saw the Duchess of Cambridge officially launch the ship, more than 3,000 agents visited the line’s newest vessel.

The 3,600-passenger ship will sail from Southampton to the Baltic and on round-Britain cruises next summer.

Ludlow said hundreds of agents would get to visit the ship, including 150 competition winners who will head to Southampton in May.

“The round-Britain cruise in particular is very exciting for the UK,” he said. “It gives people who didn’t get to see Royal during her naming or inaugural sailings the chance to see her. We’re expecting lots of interest in this.

“Royal became one of the most famous ships in Britain for a time after the Duchess of Cambridge named her in Southampton.

“We will be working with travel agents to organise ship visits and we want to get lots of agents on board because this is an opportunity to celebrate what is a really exciting ship.”

He said agent ship visits would also be organised in regions around the UK.

Agents at a series of cinema events held today were asked to fill in a form to enter a prize draw to win a place on the Southampton ship visit.

“As the ship sails around the country there will be more opportunities for regional ship visits,” Ludlow explained. “The ship is our newest but it is consistent with the rest of the fleet and it’s very popular.”