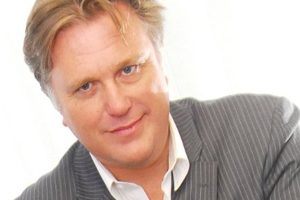 The devastating impact of having to put his company into administration has prompted Steve Endacott to issue a dire warning to other would-be entrepreneurs in the industry.

He told Travel Weekly having to tell his 65 staff this morning that On Holiday Group had collapsed was “extremely difficult” and “emotional”.

And he hit out at the authorities who said had caused the collapse of the business and urged his employees, all of whom are likely to lose their jobs, to write to their local MPs.

“As an entrepreneur I would not advise anyone to go into the travel industry because government regulation and bullshit red tape make it virtually impossible to operate.

“There must be an easier way to make money. At the moment I feel like getting out of the sector and never coming back.”

Endacott retains a number of interests in travel including stakes on CWTDigital, Luggage Mule, Holiday Taxis and Rock Insurance.

He said he would use that position to continue to lobby for better clarity for small and medium sized travel firms so there can be no repeat of the OHG failure.

“At one end you have the tour operators who have differentiated themselves and can afford to have higher costs of regulation.

“At the other end you have the pure quantity part of the market – with the likes of Booking.com and Skyscanner – which has no regulation.

“It’s impossible to be in the middle ground and have the whole Toms VAT put on you and regulation. It strangles the life out of that sector.”

Endacott said OHG was caught in a trap it was not able to extricate itself from because Her Majesty’s Revenue and Customs refused to refund VAT it was due unless it paid Toms.

This was based on an earlier ruling in the long-running Medhotels case, which has now been overturned in the Supreme Court, which ruled the bed bank was liable to pay VAT.

However, as a reclaimant of VAT as opposed to a payer, OHG had no right to appeal on the basis of hardship and was deemed guilty of being liable to pay until proven innocent.

Endacott said OHG was in a situation in which it was forced to pay Toms even though the Medhotels battle had not concluded because HMRC refused to pay any of its reclaims.

The long-term solution was to offshore, something he did 18 months ago through a firm in Dubai called Euro Rooms Direct, which outsources to a call centre in Hyderbad, India.

Endacott said this was done at the cost of hundreds of UK jobs and profitability and yet OHG still had £4 million hole in its finances due HMRC’s withholding of VAT.

This made it impossible to raise finance, sell the business or complete a merger, something which there had been talks about with various parties in the run up to today’s failure.

Endacott said: “If someone takes £4.5 million of working capital away you cannot do deals with hotels and it forces you into the commodity market where everyone has the same hotels.

“We could not do anything we planned to do over the last four years and in the end we ran out of time. This country and government are massacring small businesses while they are quite happy to let Google go round paying no tax.”

And the irony of the timing was certainly not lost on Endacott, the failure of OHG coming exactly 25 years to the day after the only other failure he was involved with, ILG.

Despite his warning about the sector Endacott expects bed banks that have survived to grow “faster and stronger than ever” the Medhotels VAT case has been resolved and new entrants to come into what he still sees as a vital sector for agents.