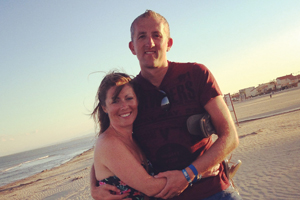 When Applebys Coach Holidays failed at the end of 2012, Wayne Dennett had to work out how to retain loyal clients who booked UK coach breaks through their local Lincolnshire Co-operative Travel shop.

The travel group manager, who started at the group as an apprentice in 1993, contacted local coach companies and persuaded them to pay the Co-op agents’ commission on the basis there would be a lot of new business coming their way.

The move worked, and Wayne now has partnerships with local coach firms to offer clients local pick-ups for bespoke breaks, mainly in the UK, for Lincolnshire Co-op Travel customers. The group has also strengthened its ties with national coach specialists such as Shearings Holidays to fill the gap left in the market. Applebys was later acquired by Radley Coach Travel.

“We have got almost all the Applebys business back. Some customers would book Applebys coach tours eight or nine times a year,” said Wayne.

UK breaks now make up around 10% of sales from the 13-strong branch network, up by 3%-4% from two years ago. One key factor has been the decision to encourage agents to talk to clients about their other holidays and work closely with UK suppliers such as Superbreak and Hoseasons to jointly promote special deals, says Wayne.

“We are selling a lot more secondary holidays to people. We are doing a better job now asking clients where else they plan to go and getting these bookings in,” he adds.

The move has highlighted not just the extra revenue opportunity, but just how few customers knew they could book their UK break through a travel agent.

“A lot of customers think a travel agent will only book their main holiday and will then book a UK break online when actually if they book through an agent it’s the same price and better service,” says Wayne.

Although spend on UK breaks tend to be less, the time agents take booking them can be minimal, which makes them a no-brainer in Wayne’s view.

“It can take 20 minutes to book when an overseas break may take three or four times that amount of time. They are short, sweet and simple and a nice revenue stream.”