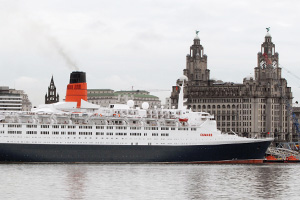 Liverpool has won its fight with Southampton over European funding for the city’s cruise terminal.

EU officials have ruled that the £17.8 million of public funding granted for the building of the Liverpool cruise terminal, which opened in 2007, is in line with state aid rules.

The city council has already agreed to pay back £8.8 million of a £9.2 million government grant, after the handout from the Department for Transport was deemed to breach rules on State Aid.

The move was seen as necessary once Liverpool decided to commence hosting turnaround cruises, starting and finishing from the Pier Head.

It is not expected that the EU decision will enable Liverpool to reclaim the money from the DfT, the Liverpool Echo reported.

Liverpool mayor Joe Anderson said: “We were confident of our position and are disappointed that the biggest UK cruise liner port felt it necessary to ask the European Commission to investigate, especially as the Port of Southampton has benefitted from public investment in infrastructure which has enabled it to grow to its current position.”

The issue of funding for the cruise terminal was opened up by ports in Southampton and the northeast who have been keen to demand Liverpool pay back its grants.

Since the government gave permission for the cruise terminal to be used for turnaround cruises in May 2012, the number of ships coming to Liverpool has gone up.

The EU started examining the complaint against Liverpool in 2011.

The European Commission said the UK carried out an in-depth financial analysis showing that the terminal operator’s income from the use of the infrastructure would be insufficient to cover the investment costs over a period of 20 years.

Therefore, the project would not be carried out without public funding.

The Commission said in a statement: “The Commission found that the public funding was limited to the minimum necessary to make the investment possible.

“The Commission also found that the potential distortions of competition triggered by the public funding will be limited because the terminal will have a small market share, both in the EU and UK markets.

“The positive effects of the project will outweigh any potential distortions of competition brought about by the aid.”