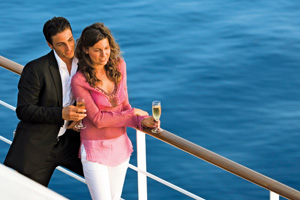 The number of Europeans booking a cruise rose by 4% to a record 6.357 million last year, according to the latest official figures.

The total represents a doubling of the European cruise market in just eight years.

The five-year trend is upward in all European markets, with Italy bouncing back after a “challenging year” following the 2012 Costa Concordia disaster and recovering to 4% growth.

Almost four out of five Europeans chose to cruise in Europe with the Mediterranean being the most popular destination, accounting for more than 3.5 million passengers from the region.

Over the past five years the market has grown by an annual average rate of 3.2%.

Andy Harmer, Director of Clia UK & Ireland, said: “The ever-increasing choice of cruise holidays, the diversity of destinations and the exceptional service levels have resulted in another record year for the UK cruise industry. And with our economy now expanding positively, we are optimistic that cruising will continue to grow.”

“More than six million Europeans chose to book a cruise vacation in 2013, and the long-term trend shows a continuing positive growth which proves the cruise industry’s resilience despite the economic downturn.”

He added: “The persisting economic fragility in Europe continues to present challenges, but we are optimistic that the cruise industry will continue to grow in 2014.”