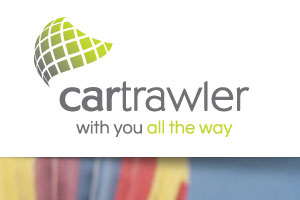 A multi-million pound takeover of CarTrawler by a leading private equity firm was announced this morning.

BC Partners, owner of the Phone4U chain, is understood to have fought off stiff competition from a number of other suitors for the Dublin-based firm.

Insight Venture Partners is co-investing in the business by acquiring a minority stake, whilst the management team will be retaining a significant shareholding. Completion of the deal is subject only to competition clearance formalities.

Terms of the deal have not been disclosed but weekend speculation put the value of the deal at more than £300 million, however this is thought to be well short of the real figure which could be as much as £450 million.

Today’s announcement follows on from BC Partners’ successful investment in Amadeus in 2005.

Matthew Tooth, Senior Partner at BC Partners, said: “We are very excited to be partnering with the management team at CarTrawler, with a view to fully maximising the company’s growth potential on a global scale.

“CarTrawler offers a truly unique proposition to its online travel partners, enabling them to optimise the revenue potential from car rental through offering end customers access to an unrivalled breadth of rental options across many suppliers.

“For suppliers, CarTrawler facilitates access to many distribution channels that would otherwise not be available. CarTrawler’s management team has been truly visionary in building the technology platform and developing its commercial acumen; we look forward to helping them grow the business further.”

Nikitas Koutoupes, Managing Director at Insight Venture Partners, said: “CarTrawler has been very successful in supporting their partners with proven technology, a broad supplier network, and dedication to customer service.

“We look forward to working with BC Partners and management to broaden CarTrawler’s market reach and further enhance its reputation as the best in class service provider in the market.”

Mike McGearty, chief executive of CarTrawler, said: “I am delighted that we have found new partners in BC Partners, given their considerable experience in developing technology and travel related businesses.

“They have an impressive track record in helping businesses to grow, internationalise and develop to their full potential. We look forward to working closely together with them over the coming years.”

A sale of CarTrawler would come little more than two years after it last changed hands for about £80 million.

The previous takeover of CarTrawler earned multimillion pound windfalls for Greg and Niall Turley, the brothers who founded the business and oversaw its expansion into more than 170 countries.

CarTrawler announced the acquisition of the online assets of Holiday Autos last summer, buying them from Travelocity Global, the parent company of lastminute.com.

The trade business and operations of Holiday Autos were not included in the deal.

The firm is said to have been experiencing 40% growth per annum and is due to make €30 million profit this year.

The global car rental market continues to grow and was estimated to be worth $50 billion in 2013.