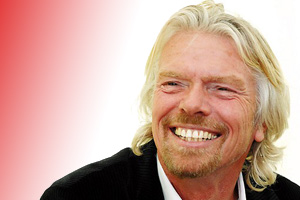 Virgin Atlantic founder Sir Richard Branson has confirmed plans for the group to set up its own cruise division.

The confirmation comes after he was quoted in an Abu Dhabi newspaper as saying he was seeking investors for a $1.7 billion project.

“Most of the money is now committed,” Sir Richard was quoted by Reuters as saying.

“We will start by building two big ships from scratch and feel the Virgin brand will work very well in cruises.”

He also suggested further investment in UK domestic carrier Little Red as he stepped up the campaign for a third runway at Heathrow.

Warning that Britain is in danger of “slipping into the dark ages” without additional capacity at Heathrow, Sir Richard said Virgin would look to expand Little Red into Europe only after a third runway is built.

“Little Red was some crumbs we were given when British Airways bought British Midland – it’s very difficult to get slots at Heathrow so we grabbed them,” he told reporters at a news conference in Dubai yesterday.

“We don’t have any plans to expand it until a new runway is built at Heathrow.

“Then we will want to set up a much bigger short-haul operation into Europe and one or two other cities in the UK, but there is still a lot of politics to go before a new runway is built.”