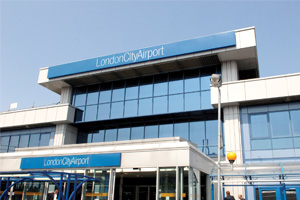 A call has been made for London City airport to be shut and the site in Docklands to be redeveloped to create jobs, boost local business and build new homes.

Its passengers could use Heathrow, Gatwick or Stansted, NEF claimed.

The report by NEF claimed: “City airport creates little value – despite occupying 500,000 square metres at the heart of London, its direct contribution to the UK economy in 2011 was £110 million – less than a fifth of the nearby ExCeL Exhibition and Conference Centre.”

NEF economist Helen Kersley told the BBC: “Given our current dire shortage of homes, as well as the UK’s international commitments to cutting its carbon emissions, we must seriously question the logic of locating an airport on precious inner city land.

“London City airport places a significant environmental and social burden on neighbouring communities and gives back very little in return.”

The airport spokeswoman said that closing the airport would put 2,000 people out of work, prevent the creation of a further 1,500 jobs by 2023 and remove £750 million a year from the economy.

She described it as “the only airport in London provides a direct route to the capital’s business, financial and political centres, facilitating inward investment and economic growth”.