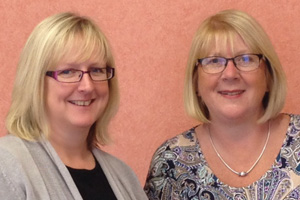 When Tina Nason was offered a trainee role at Carrick Travel 31 years ago, she nearly didn’t get the job – because her dad wanted her to finish her studies.

Fortunately for her, the company’s founder and then co-owner Sally Carrick, understood her dad’s hesitation for allowing his daughter to start work.

“My dad came in to meet Sally and she said I could study in between work shifts and do my exams six months later,” recalls Tina, who used to ask classmates for details of lessons to complete her Travel and Tourism BTEC course.

Tina worked full-time as a trainee sales consultant at the agency chain’s first branch in Kenilworth, which was opened in 1974 by Sally and Mike Carrick.

It now has nine branches and Tina, alongside director Tracey Carter, who joined the business about 12 years ago, jointly own the agency chain after effectively running the day-to-day business for around a decade together. Founders Mike and Sally retired in 2011, but some of the staff have now been with the agency for more than 20 years.

Tina, who has held a variety of roles at the company, knows only too well how the business has changed for frontline staff. The agency is currently running monthly training sessions to help managers motivate employees.

“When I think back to the good old days when I was on the counter, in many ways we were just order processors. People came in with a brochure and you booked it,” she says.

But she admits: “The job now is much harder; people want more for their money  and converting a sale is not as easy and some staff have found it difficult to cope  with that change.”

This month the agency is celebrating its 40th anniversary. Staff have already been treated to birthday cake and balloons and later this year will enjoy an overnight stay and meal at Coombe Abbey in Warwickshire.

The celebrations have been boosted further with news that the agency chain is a finalist in the Agent Achievement Awards. Tracey says: “We’re all looking forward to a very special night out and hoping we come home with an award!”

Over the years the agency has run its own group tour operation Carrick Tours, a cruise club and overseas conference division.

For Tina and Tracey, however, the key is to focus on what the agency is really good at – traditional high street retailing.

Tina adds: “We are good at retail and so we think why don’t we just concentrate on that?”