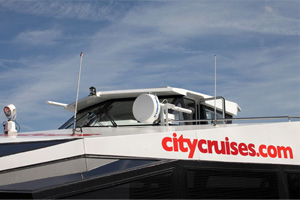 The trips take in popular local tourist sights including Sandbanks, Brownsea Island and the Jurassic Coast.

The deal follows City Cruises revealing year-on-year growth of 22%, which allowed for the creation of a new London Thames Circular Cruise and a second Thamesjet RIB – BlueLightning – in the first quarter of the year.

Much of the recent successes have been attributed to the extensive trade partnerships developed by the brand, according to the company.

Managing director Kyle Haughton said: “We are currently the number one sightseeing tour on the Thames, but for a long time have had the ambition to expand beyond London.

“This is the first major step and we are grateful for all the support of our trade partners in making this happen. What’s more, we couldn’t be more delighted that it is in such a beautiful location as the south coast.”