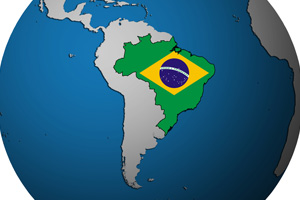 Main streets through the tourist area of Copacabana in Rio de Janeiro have been closed as a result of violent protests on Tuesday night.

Angry demonstrators from a nearby favela in the Brazilian city set barricades of tyres alight following the death of a male dancer allegedly beaten and killed by police who reportedly mistook him for a drug trafficker.

One man was shot dead during the violence last night, local media quoted officials as saying. A 12-year-old boy was also reportedly wounded, the BBC reported.

Cars were set ablaze, a police station was attacked and gunfire could be heard from the Pavao-Pavaozinho favela, according to witnesses.

“There was smoke everywhere, shots in the street and people racing for their homes,” one resident living nearby told the AFP news agency.

The protests were sparked by the death of a 26-year-old local man, named as Douglas Rafael da Silva.

The professional dancer was reportedly found dead inside a school earlier on Tuesday.

His family accused local police of beating him to death after mistaking him for a member of a local drugs gang.

The circumstances surrounding his death are under investigation, AFP quoted police as saying.