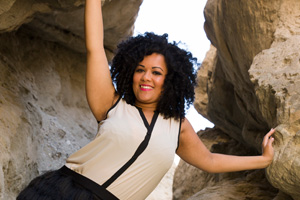 As the long-haul coordinator in a branch where none of the staff had visited California, Ashleigh Bourne was the perfect candidate for Travel Weekly’s Cover Stars trip.

But she assumed that her short stint in the profession – she has been a travel agent for three years – would rule out her chances of securing one of the 12 places.

“I really didn’t think anything would come of it. I thought it would go to someone who had been in the trade longer and when my manager rang me to tell me,  I told her to stop winding me up,” recalls Ashleigh.

Since taking the trip, she has already sold the destination, and recommended hotels she stayed in. “California was somewhere I really wanted to go to,” admits Ashleigh, who says the tagline of the state’s latest marketing campaign ‘Dream Big’ is fitting as the destination offers a range of activities and experiences.

“I would probably recommend anyone go there because there is such a lot of fun stuff to do.”

As proof, Ashleigh credits the destination with  turning her into a sports lover by providing her with  new experiences. She is the first to admit she is not  the sporty type, but says: “I really enjoyed it and cycling and surfing were my favourite activities.

“I have never surfed before and I didn’t want to turn down the opportunity. I don’t really go into the sea when I go on holiday so when I told people at home they didn’t believe me!”

Despite the difficulties of standing on the board in water, she’s not been put off surfing again. “I got on to my knees and then kept capsizing, but I would definitely do it again.”

Likewise, the bike ride to Venice Beach was not an activity Ashleigh would usually volunteer to take part in. She adds: “We stopped at Muscle Beach and Venice Beach and went on the pier at Santa Monica. It was very chilled out and would be a great family activity.”

But while she loved the activities, Ashleigh’s highlight of the trip was her cover shoot at the impressive San Andreas Fault.

“The fault was beautiful,” recalls Ashleigh. “The difficulty was standing on the edge of a cliff and balancing in high heels! After a couple of photos I was away: I felt like a real celebrity.”