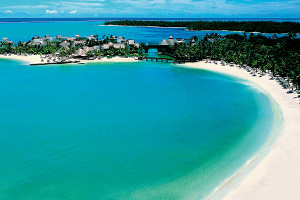 Dubai-based Jumeirah Group is to manage a 70-hectare luxury resort in Mauritius, due to open in 2018.

The property will complement two other resorts operated in the Maldives.

Jumeirah chief executive Gerlad Lawless told the Financial Times the company was weighing up launching a contemporary four-star hotel brand under a different name, starting in Dubai and totalling “somewhere between 25 to 30 hotels”.

That is in addition to Jumeirah’s luxury range, which will spend $2.2 billion to almost double from 22 to 40 hotels by 2017, tracking the growth in destinations of Dubai’s airline, Emirates.

Jumeirah has five hotels in development in China, and as Emirates opens up flights to Africa, Lawless said he was “very bullish” about Jumeirah developing on that continent.

Sheikh Mohammed is reinvesting in hospitality to drive tourism to Dubai and to Dubai-owned entities like Jumeirah.

Dubai is targeting an additional 9m visitors to the 11m coming each year, ahead of its planned hosting of the World Expo in 2020.