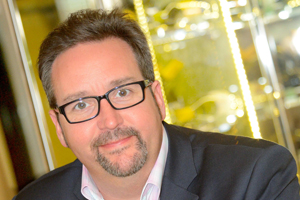 Speaking at the Clia Selling Cruise Conference in Southampton, chief commercial officer Tempest said in light of the expansion of third-party suppliers he was putting a lot of thought into the best approach for selling shore excursions and tours.

Tempest said: “I just wonder whether third parties have been in our blind spot and we have let some of those parties eat our lunch. We, and I daresay some other cruise lines, are wondering about our traditional model of offering shore excursions and tours. How fit for the future is it? And is there another model we could look at?

“That requires a lot of thought and understanding of the marketplace, but it is something that we are certainly paying attention to.”

Tempest, who was a keynote speaker at the Clia conference, also spoke about the excitement surrounding P&O Cruises’ Britannia and Royal Caribbean International’s Anthem of the Seas, which will both sail from Southampton on launch next year.

“Anthem of the Seas and Britannia will complement each other and will work together to stimulate the market,” he said. “The customers for Britannia and those for Royal Caribbean will sit comfortably together.

“We are excited about Anthem coming into the UK because of what it will do to stimulate cruise.”

Stuart Leven, UK boss of Royal Caribbean, agreed, saying: “The industry’s job becomes far easier with companies such as Royal Caribbean and P&O deploying their newest and best hardware in the UK.”