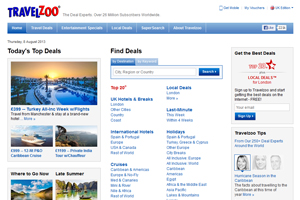 Travelzoo is to start actively promoting river cruise offers for the first time as it looks to capitalise on growing momentum in the sector.

River cruise will have a dedicated section on the deal provider’s site from June. The deals featured will initially be provided by Phil Nuttall of Rivercruising.co.uk, who has been working with Stuart Barrett, Travelzoo’s head of travel advertising sales for the north, on the project.

The small number of river deals previously on the site were mixed in with mini cruises.

“River cruise product has been seen as quite niche in the past, but it is such a growing sector and we see it as having real potential on our website,” Barrett said. “The timing is right to give it its own dedicated page because there is increased capacity with lots of new ships coming on line this year and next and there’s excitement about the industry.

“The feedback from river cruise operators and agents has been great.

“We’re working with Phil on the initial deals but this is something that is open to all agents and all operators.

“We’re having conversations with operators about it.”

Barrett said the website’s user base was well-suited to the river cruise market as 35% of subscribers are retired and 21% are over 65 years old.

Speaking at the Clia Selling Cruise Conference in Southampton last week, Nuttall said: “I have been involved in river cruising for a long time and it’s something I’m very passionate about.”