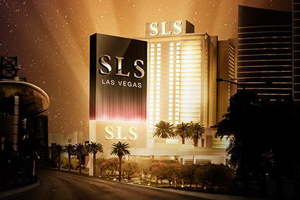 The company plans to build a collection of four and five-star independently-operated urban and resort hotels under the Curio brand, which it expects to make “material” contributions to earnings in years to come.

Hilton is targeting upscale four and five hotels in mature markets, the majority in the US and Europe, chief executive Chris Nassetta said. They will range from boutique urban hotels to large beachfront resorts.

“These are rare, statement hotels that have their own following. There has been a huge demand for these types of properties,” he told the Financial Times.

Hilton also intends to launch a “lifestyle” brand for technology savvy travellers later this year, which Nassetta said would be cheaper and would attract a wider demographic than rivals.

The expansion will be implemented using an ‘asset-light’ business model, where franchises and management contracts are preferred to outright ownership.

Nassetta said it would seek to bring “hundreds” of independent hotels into the Curio collection over the next five years.

Hilton has so far signed agreements with five US hotels, including the SLS Las Vegas (pictured). It is expected to secure two more deals in Doha and Dubai.

The creation of the Curio brand comes six months after Hilton returned to public markets, raising $2.35 billon in an initial public offering in December.

Private equity group Blackstone, which bought the group for $26 billion in 2007, retains a 76% stake.

The company, which opened 9,000 rooms in the three months to the end of March, reported net income for the first quarter of $124 million, compared with $38 million in the same period last year.