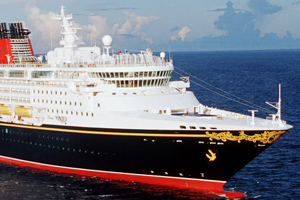 Parents of a British worker who went missing at sea from a Disney Cruise Line ship have called for police to re-interview two ex-employees.

Rebecca Coriam, 23, from Chester, vanished from the ship off the coast of Mexico three years ago.

Her father Mike said two people might have had something to do with her death or have crucial information.

Meanwhile, a former Disney security officer has said the company and police “botched” an “easy investigation”, the BBC reported.

Rebecca was working as a youth leader on the Disney Wonder when she disappeared on March 22, 2011.

Her father, who with his wife Ann is suing Disney for $75,000, said: ”There are two people we think that police should interview again.”

Both staff members were interviewed by Supt Paul Rolle, from the Royal Bahamas Police force, who spoke to the Coriam family briefly as they left the Disney Wonder.

But they said they have been haunted by what Supt Rolle told them.

The police officer said the attitude of one staff member infuriated him during the interview as the man had his hands behind his head with his feet on the table.

”The police officer told me he wanted to pick this person up and smash them hard into the ground,” said Coriam.

The family claim Supt Rolle has not responded to their efforts to contact him and he has not replied to the BBC.

He was the only police officer to board the ship the day after Rebecca’s disappearance. There was no forensic investigation. None of the 2,000 passengers were questioned and just a few crew.

“There weren’t proper statements taken and they ruined a perfectly good crime scene,” said Dawn Taplin, who had a 17-year police career in the US.

She claimed Disney had “boxed off” Rebecca’s disappearance as suicide.

Taplin said foul play should have been investigated.

A good friend of Rebecca, who claimed he was one of the last people to see Rebecca alive on leaving her cabin at 2am, seven hours before was reported missing, said: ”I was never spoken to by any security or police at all.”

He added: “To call it an ‘investigation’ is an insult.”

Disney said: ”The allegations are without merit as we will prove in court.”