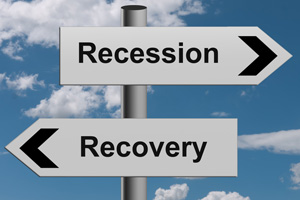 Most adults are not feeling the benefit of the UK’s economic recovery, according to latest consumer research.

A TNS poll of almost 1,200 adults, published today, suggests a marked improvement in how people perceive the UK economy is performing.

But the pollster reports little sign of improvement in people’s pay packets and “no change” in the ability of the majority to pay their bills.

TNS recorded an increase of 24 percentage points in the proportion of people who think the economy is doing better than a year ago – up from 14% in June 2013 to 38% this month.

It also reported “a reduction in the number of people struggling to meet their monthly household budget and an overall feeling that the British economy is on the up”.

The number finding it harder to meet their household budget was down from 44% a year ago to 30% this month.

However, TNS reported: “A majority (58%) report no change in their ability to meet the household budget – up nine percentage points on June 2013.

TNS noted: “There has been little change in the number expecting a pay rise – 25% versus 24% – and no real change in perception over the past 12 months.”

It concluded: “Any improved confidence in the economy is not translating into improvements in people’s pay packets.”

TNS BMRB chief executive Michelle Harrison said: “Many still feel they are not benefitting from the improvement in the economy, nor think they will soon.”

A similar TNS poll last month suggested women were markedly less optimistic than men about the economy and prospects for their own finances.

The earlier poll found just 29% of women thought the UK economy was doing better than a year ago compared with 44% of men.

The findings could be significant for travel. High street retail guru Mary Portas told the Institute of Travel and Tourism (ITT) conference in Malta earlier this month that women make 85% of household purchasing decisions.