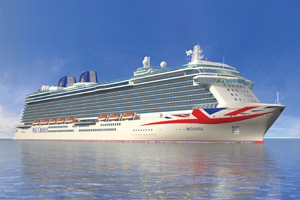 P&O Cruises and Cunard have urged agents to reinvest enhanced commission to grow their businesses, rather than discount.

The plea from Chris Truscott, sales and distribution support director, came after the sister lines unveiled a promotion giving agents the chance to earn up to 13.5% commission – an additional 6% on P&O Cruises’ Select Price and Cunard Fare holidays, and 3% on ‘early saver’ cruises. The base commission at both lines is 7.5%

Agents applauded the Carnival UK brands for “showing the love”, but expressed fears the increased commission would encourage discounting.

Truscott urged agents to keep the extra cash themselves rather than pass it on to customers. He said: “I’m hoping agents will take these rewards and reinvest in their businesses to assist their growth and earnings in the longer term.”

The promotion, running through July for Cunard and until the end of August for P&O Cruises, covers cruises departing from September 2014 to June 2015. It comes after the Carnival UK lines cut commission to 5% in 2011, only to restore rates to 7.5% last year.

Tony Andrews, product manager at Cruise.co.uk, praised the line for paying higher commission, but said he  feared some agents would  use it to discount.

Geoff Ridgeon, head of cruise for Fred Olsen Travel, said the incentive would help “stimulate the market”. But he added: “It is a concern that some agents might run with the extra commission and discount. Some will opt for the short-term win to get a booking and not think about the long-term problems discounting causes in the market. [But] it’s great P&O and Cunard are showing the love to agents.”

The lines will also give away prizes including 300 cabins for  a two-night preview sailing on new ship Britannia next March.