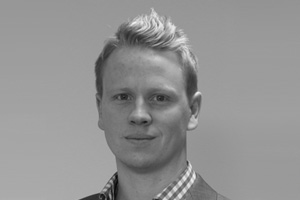 Why does it bother me that for the last fortnight I seem to have been stuck on 1,777 twitter followers? It’s got to the point where it’s actually bothering me how much it bothers me.

I was a late adopter of Twitter, and even when I first signed up a couple of years ago it wasn’t something I actively engaged in, I was certainly happier to follow than be followed. It was the same in other parts of the Travel Weekly Group business; five years ago Lucy (editor-in-chief) had no time for twitter, she’s now about to break 8,000 followers and admits that she’s hooked.

Across the business the story is the same, but nowadays if you follow @TravelWeekly you’ll be just one of 43,000 followers, likewise with our digital marketing brand @Travolution you’ll be part of a following that’s approaching 24,000. But what does this mean, and why is it that Twitter has become such an important consideration in our running of our business?

It’s not lost on me that I’m writing this the day Twitter claimed to have grown 24% year on year to 271m monthly users, and at the same time showed a quarterly trading loss of £86m in Q2 2014.

Shares soared and the chief executive claimed ‘strong financial and operating results’. It’s a different world to the one we operate in and it feels wrong, but you still can’t help but watch and see what’s going to happen next.

Maybe that in itself is the lure of Twitter; you just can’t help but watch. What will you miss if you shut down your Hootsuite, or put down your mobile long enough to have an actual conversation with someone? It’s addictive, and it’s the ultimate in discreet voyeurism.

The Financial Times headlined today’s Twitter results as ‘Twitter finds love, but doubts remain’, outlining the curiosity of a business embraced by many, but truly understood by few, and that’s where we’re focusing our efforts currently.

Across the team here at Travel Weekly Group we now have over 110,000 followers, and we’re starting to analyse exactly who they are and what they’re doing. It’s amazing when you see that the overlap of followers isn’t quite what you’d expect it to be, and that certain team members are developing unique themes or niches in the users they attract.

The key for us is that as well as having specialists in many different areas such as luxury travel, business, finance, or marketing, we’re also lucky that we have a bright and vibrant team of great personalities. The combination of this and a constant steam of fresh and newsworthy content all helps attract followers to their respective cliques.

It works for us as a business driven by editorial quality, it gives us a voice, a distribution channel, and it takes us out into international markets, but it’s not a one size fits all solution. I cringe when I read articles on how to monetise your business via Twitter, while developments such as promoted listings interrupt and infringe on users’ personal timelines. They may accept them but do they act on them? I’m not so sure.

For Travel Weekly Group, Twitter gives us an interesting way to communicate with our extended travel community. We’ve developed a strong following and we’re sustaining our efforts while not taking our eye off the more business critical objectives we face, and it’s for that reason I’ll keep on the look-out for follower 1,778.