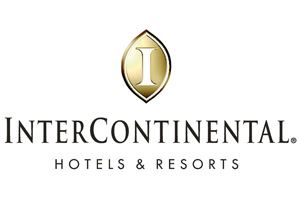 First half operating profits at InterContinental Hotels dropped by 8% to $310 million as revenue declined by 3% to $908 million.

Global revenue per available room (revpar) increased by 5.8% in the six months to June 30

Mobile bookings were up by 47% year-on-year, the company disclosed.

Non-executive chairman Patrick Cescau said: “As new technology continues to shape consumer behaviour, we are committed to strengthening and evolving our digital capabilities to help cater for, and pre-empt, the changing needs of our guests.

“Jo brings a wealth of experience and knowledge, particularly on the role digital technology plays in driving consumer behaviour.”

IHC said trading was strong in the first half of the year with favourable economic trends in the US and the UK, and healthy revpar growth in certain markets in the Asia, Middle East and Africa region, primarily Japan, Australasia and Southeast Asia, excluding Egypt and Thailand which were impacted by political unrest. China outperformed the industry, achieving 4.3% revpar growth.

“The continuing political unrest in Thailand is expected to have a $2 million impact on managed operating profit in the second half of the year,” the company said.

A strategic review of opportunities for further disposals was described as “progressing well” following the sale of the InterContinental Mark Hopkins in San Francisco and an 80% interest in a property in New York for a total of $346 million.

Chief executive Richard Solomons said: “We remain committed to reducing the asset intensity of the business, completing two asset disposals in the half, and good progress is being made with the strategic review of our remaining owned hotels.

“During the half we completed our $500m share buyback programme and in July we paid a $750 million special dividend, continuing our long track record of returning funds to shareholders.

“Looking ahead, whilst several of our key markets continue to experience some political or economic uncertainty, we are encouraged by current trading trends.”