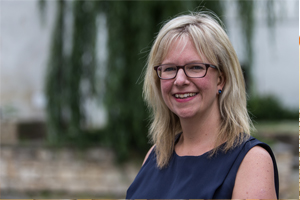 A year ago, Hazel Bryant was having trouble sleeping.

Overseeing a management buyout of Kitts Travel in Potters Bar – now rebranded as Travel With Kitts – and preparing to wed her partner of three years Daniel at the same time, was proving a major challenge.

Understandably, it was a stressful but exciting time. By day, Hazel was focused on the changes needed to set up her business, from obtaining an Abta licence to moving clients across to the new company. Away from work, there were invitations, table decorations and wedding dresses to try on for her September nuptials.

“This time last year, so much was going on, but so much came out of it,” she  says. “We were due to complete the mangement buyout early last summer, but it got delayed until August 7 – and we were getting married on September 7.”

Hazel was determined not to give up on her dream to own her own agency and set a deadline of August 7 because seven is her lucky number.

She adds: “I enjoyed my time at Kitts Travel, but I had always wanted my own agency. I could easily have given up in July. I felt as if I was banging my head against a wall trying to get the figures right.

“Ideally, we would have moved the dates for the management buyout or the wedding – but I wasn’t going to do that to my husband and I just thought: ‘Let’s do it.’”

A year on, Hazel can look back on her decision to buy the travel agency branch, as well as its database and goodwill, and set up Travel With Kitts, as worthwhile.

She has retained the four staff – a “fantastic team” – introduced larger signage  and held four customer events, including a fair in conjunction with eight suppliers.

“When we put the new sign up, lots of people said they hadn’t realised there was a travel agency here,” she says. “We have had four events and are doing even better than the previous year. By the end of June, we had reached the target I set for the year. It has been fantastic.”

And much to Hazel’s relief, the wedding and honeymoon in the Seychelles went off without a hitch.

“I was so excited to go back to the office in a new role,” she recalls. “And I am lucky to have an understanding and supportive husband.”

So, what’s next? Hazel is already planning an interior refit of the shop and more customer events to expand her client base further.

“I am very positive about the future,” she adds.