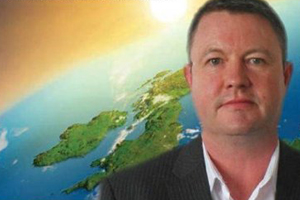 With a new-look website up and running and an intranet on the way, Hays Travel Independence Group aims to promote its members better than ever before. National sales manager Chris Oakes spoke to Hollie-Rae Merrick

Hays Travel Independence Group now has nearly 130 members and reports a rise in enquiries from agencies currently in other consortia but keen to join.

But it isn’t all about the numbers, according to Chris Oakes, national sales manager for Hays IG. He believes the principles and ambitions of applicants need to match those of Hays.

“It has to be a marriage and not a marriage of convenience, so it has to be a good fit and a good relationship,” he said. “We are approaching 130 members and are always looking to expand; and we have more enquiries coming through.

“We get more enquiries than we take up because sometimes the fit isn’t always right. There’s no point in going forward with something that isn’t going to work for both parties involved.

“We’ve had interest from agencies in other consortia so we’re looking at those currently.”

John Hays, managing director of the Hays Group, last week said “a handful of Freedom members” were in talks with Hays about joining.

The increased interest is a result of “upheaval in other consortia”, according to Oakes, as well as due to proposed changes to Small Business Atols.

Membership of the group tends to remain steady, despite a few who “might come and go”, because “once you’re in the Independence Group you tend to stay”, says Oakes.

“The most important thing for any agent is bonding and knowing their bookings are protected, so this has definitely stirred some to engage in talks with us about becoming a member. People want to know they are bonded if something does go wrong.”

One of the most recent companies to join Hays IG is Mystical Tours, which trades under the brand A Secret Turkey. The new operator, which started to work with the trade only last week, is a managed service member. This means it can concentrate on selling while the consortium looks after paperwork such as billing and payments.

The group’s focus on giving its members more prominence is also reflected in its trade marketing, Oakes adds, with members featuring in film roll style advertisements explaining some of their personal stories.

“We wanted the new website to give more authority and for it to have a greater focus on our most important asset – our members,” he said.“The new website is a lot more visual and vocal, with more video content. There are also more testimonials from members.

“We want our messages to be synchronised so that the same message goes out across the group.

“We’ve always raved about our members – we have great members – but it’s important that message is out and the same across the website and social media, particularly Twitter.”

The group is also preparing to launch a new intranet system, which will be the same as the version offered to Hays Travel and Bath Travel staff but will operate separately with more focus on getting news relevant to Independence Group members.

The new Twitter account – @ HaysTravelIG – aims to give more consistency to the group, and allows group members to reach a bigger audience.

“We’ll be supporting all our members on Twitter by retweeting them so they can reach our followers as well as their own,” said Oakes.

“It’s important to have a central place on social media where we can highlight what all our members are doing.”

Hays IG will host its annual conference in November.